After Oct. 17 – You can still buy medical marijuana on MJN Express. 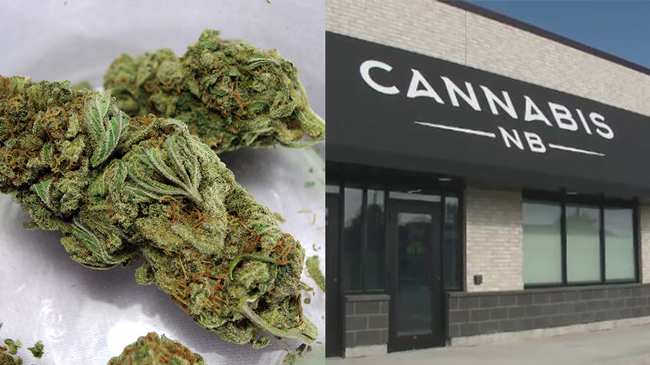 Cannabis is going to be legalized in across Canada next Wednesday, October 17, but that doesn’t mean everyone is going to be able to buy and consume legal weed then.

Not being able to get hands on the legal stuff will be the situation a lot of Canadians find themselves in come legalization day. To be blunt (hehe) about it, the provincial government’s rollouts on legal weed aren’t fair nor equal. Yes, all the provinces will be offering an online service to ship weed to their residents but none are advertising same-day delivery. This means that, sadly, on national Weed Is Legal Day there are going to be some who won’t be able to get nice and baked off legal kush and will be forced to get weed the same way we’ve always purchased weed.

So, without further ado, here is if/where you can get weed on October 17 across Canada.

British Columbia: The good folks who moved to BC for that sweet bud are going to be a little pissed come October 17. The only store that will be open is going to be in Kamloops. The province is hoping that more will open in the ensuing months but, for the time being, you have to drive to Kamloops. Jesus, BC… I expected better of you, this is like your thing.

Alberta: Welcome to the home of the free and land the stoned, fam. In Canada’s heartland, there are going to be 17 pot shops open come October 17. There will be six stores in Edmonton, three in Medicine Hat, two in Calgary, two in Fort Saskatchewan, and one in Stony Plain, Devon, Spruce Grove, and St. Albert. All in all a good showing.

Saskatchewan: Saskatchewan—sweet, sweet, Saskatchewan—is going to have four stores open come weed day and none of them will be in the province’s big (well, big for Saskatchewan) cities. Eventually, there will be (possibly) 51 stores open but, come October 17, you will only be able to get weed in Yorkton, the RM of Edenwold, Battleford, and North Battleford. A couple more may be open—including some in Moose Jaw and Saskatoon—but the CBC reports these owners don’t know for sure.

Manitoba: A least four pot stores will be open in Manitoba come October 17. There may be more but one marijuana company is staying mum with their plans at the moment. So bet on four and hope for more.

Ontario: None. Ontario, nay, Doug Ford, really screwed the pooch here. Ontario will be opening an online delivery service but that won’t go online until October 17—so, rest assured, you won’t be getting legally stoned on weed day in Canada’s most populous province.

Quebec: The Société québécoise du cannabis, the province’s weed regulator, said that it will “gradually open some 12 points of sale as soon as the federal act comes into force and effect on October 17, 2018.” Three of the locations—in Montreal, Joliette and Brossard—listed on their website say that they will be “open in October” but don’t specify a day—it has been previously reported that the one in Montreal will be open on the 17th. All that said, Quebec just elected a new populist right-wing government that plans to crack down on weed, so who the fuck knows… look at what Ford did in Ontario.

New Brunswick: Here we get to New Brunswick and the rest of the Atlantic provinces who are, quite honestly, leading the way when it comes to legalization. New Brunswick will be opening 20 shops spread out across the province. All should be open on October 17 because New Brunswick doesn’t fuck around with weed.

Prince Edward Island: PEI will have three of their four stores open on October 17. It seems like a small amount but then you remember how tiny PEI is and it becomes impressive. It’s like one weed store for every 200 potato farms. Good work, lil’ guy!

Newfoundland and Labrador: The fine, fun folk from the east are leading the way with the most stores in a province with 24 stores, all of which are set to being open on October 17. You can find a list of the 24 stores here. With so many available it should make George Street just that much more fun.

Yukon: Much like British Columbia, you will only be able to get weed on October 17 in one town. You will be able to purchase weed from the government in a large warehouse (formerly a storage centre for the Department of Highways and Public Works) just outside of Whitehorse. Here you will be able to get a variety of products until the province is able to bring in private retail stores.

Northwest Territories: The Northwest Territories will be putting some weed into their liquor stores on October 17 so you can peruse your booze and sticky-icky at the same time. The province plans on ushering in private stores but that won’t be until 2018, so, on October 17, you’ll be able to get in the same towns that already have a liquor store: Yellowknife, Hay River, Inuvik, Fort Smith, Norman Wells and Fort Simpson.

Nunavut: You’re not going to buy weed in person in Nunavut, I’m sorry. That said, the territory is planning on rolling out an online service which will go active on legalization day. So at the very least, Nunavut (who just got their first beer store last year) is tied with Ontario for least amount of weed stores.