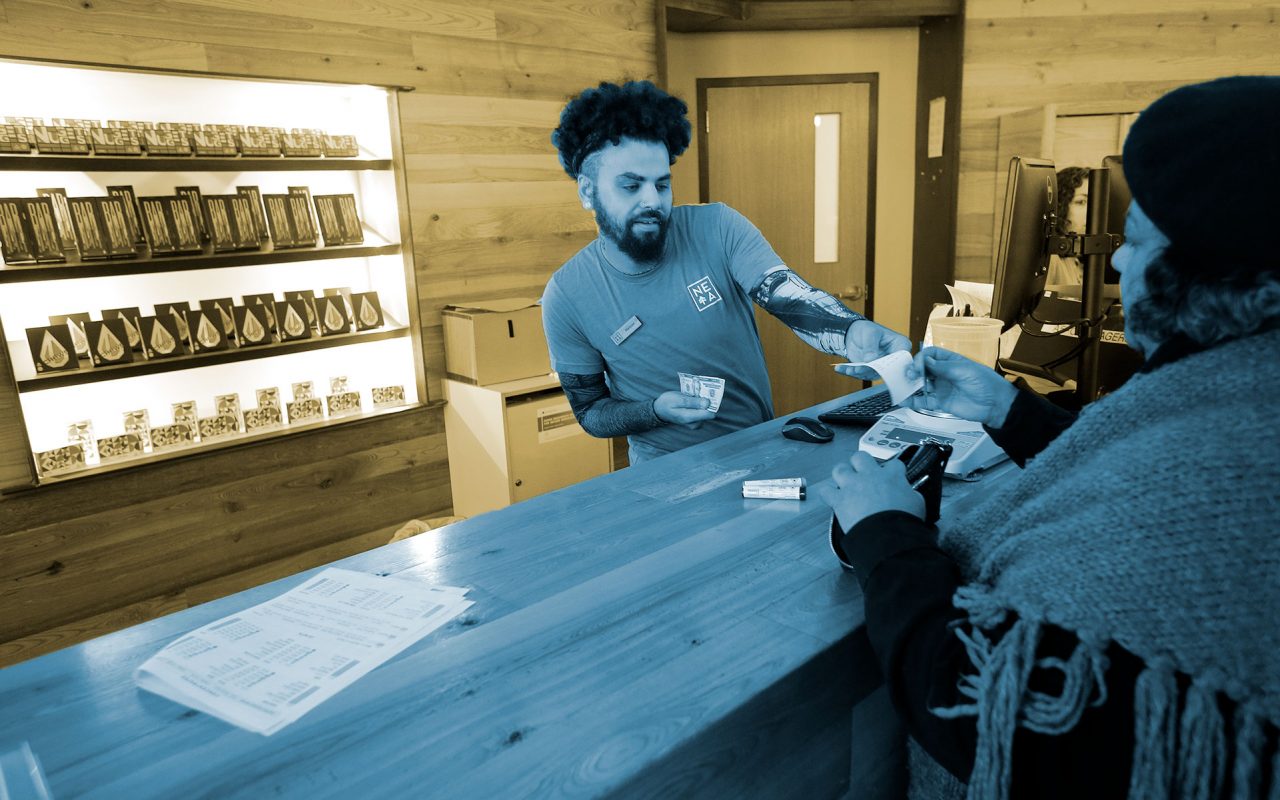 New England Treatment Access, which operates an existing Northampton medical dispensary, is hoping for the distinction of being the first commercial cannabis store to open east of the Mississippi. (AP)

An existing medical marijuana dispensary in Northampton — nestled in Massachusetts’ scenic Pioneer Valley — plans to open its doors within days to anyone 21 or older looking for products ranging from pre-rolled joints to cannabis-infused edibles, creams, lotions and cooking oils. A second store in the small town of Leicester could also open at or around the same time, while dozens of other retail applicants await final licensing approval from state regulators.

The initial openings come two full years after Massachusetts residents backed legalization, a vote hailed by a burgeoning cannabis industry eager to expand its geographic base beyond the several western U.S. states where recreational marijuana is sold.

The road to legal sales has been a long and tedious one.

Massachusetts is projected to see sales of at least $1.8 billion and as high as $5 billion annually, industry leaders predict.

But the road to legal sales has been a long and tedious one. The original target date of Jan. 1, 2018, was almost immediately pushed back six months by the Legislature, Then the July 1 date came, and went and still no stores were cleared to open. Frustration grew among would-be businesses and consumers alike.

Officials in many communities, including some where a majority of voters had approved legal recreational marijuana, kept pot shops away through moratoriums or zoning restrictions, or by demanding a steep price from cannabis businesses in exchange for signing host community agreements. 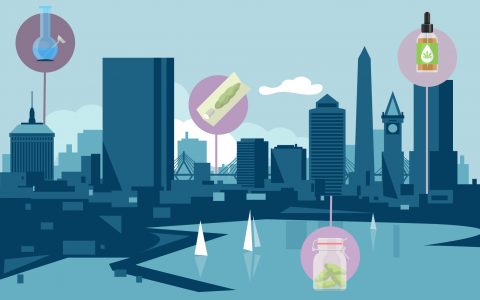 Here’s Where to (Eventually) Find Recreational Cannabis in Massachusetts

Not Northampton, which appeared to roll out the welcome mat. While about 54 percent of all Massachusetts voters supported the 2016 referendum, 73 percent in Northampton gave their blessing, one of the widest margins anywhere in the state.

“It’s already counter-culture. It’s like their customers are already here,” said Steve Morin, a 68-year-old retired delivery truck driver and Air Force veteran who lives in Springfield, Massachusetts. He visits Northampton frequently and described himself as an occasional marijuana user who may shop in the store when it opens.

“It will be good for tourism,” he added.

The city’s bustling downtown sports trendy restaurants and coffee shops, bookstores, galleries and a performing arts center. Northampton is home to Smith College, an elite liberal arts school for women and one of several colleges and universities — including the 30,000-student University of Massachusetts flagship campus — within a 10-mile radius of the city. Most undergrads, however, aren’t old enough to buy marijuana legally.

New England Treatment Access, which operates the dispensary, is hoping for the distinction of being the first commercial pot shop to open east of the Mississippi.

“There exists a marketplace for marijuana right now in Massachusetts and it’s our job as a regulated industry to over time displace the current illegal, untaxed and untested industry with one that is controlled, regulated, taxed and tested,” said Norton Albaraez, the company’s director of government affairs.

A separate area inside the store will be reserved for customers registered in the state’s medical marijuana program.

Anticipating long lines forming when the store first opens, NETA has worked closely with police and city officials on traffic and parking issues, and retained former Boston Police Commissioner Ed Davis — who became a national figure in the aftermath of the 2013 Boston Marathon bombings — as a security consultant, Albaraez said.

“It’s in plain view now so I’m happy about that,” said Bernardo, a 36-year-old professional musician, as he pushed his young son in a stroller through a city park. “For years, I’ve been feeling that marijuana is no more of a danger to society than alcohol.”

Massachusetts hopes to sidestep supply problems and other early pitfalls experienced in legal states, and most recently in Canada, where consumers endured rampant shortages after sales began last month.

California, which kicked off recreational sales on Jan. 1, remains in a challenging transition period as it attempts to transform what was once a largely vast, illegal market into a multibillion-dollar, regulated economy.

Like Massachusetts, many areas of California have banned commercial pot activity. Initial tax collections have been well below projections and a shaky supply chain has customers looking at barren shelves in some shops.

Washington state launched legal marijuana sales in mid-2014, shortly after Colorado, following a lengthy scramble to license growers, processors and stores, all of whom had to contest a gantlet of regulations ranging from what pesticides they could use to local zoning rules. Only four stores opened on the first day of sales, with customers waiting in long lines to pay exorbitant prices for marijuana also in short supply.

Among the concerns as recreational sales begin in Massachusetts are those of medical marijuana patients, who fear they’ll be pushed to the back of the line as dispensaries cater to their new and more lucrative customer base.

“Our immediate concern is to have rules in place to make sure patients can access these facilities,” said Michael Latulippe, development director for the Massachusetts Patient Advocacy Alliance who sits on the state’s cannabis advisory board.

A separate area inside the Northampton store will be reserved for customers registered in the state’s medical marijuana program, and they will not be forced to wait in the same lines with recreational customers to enter the building, Albaraez said.