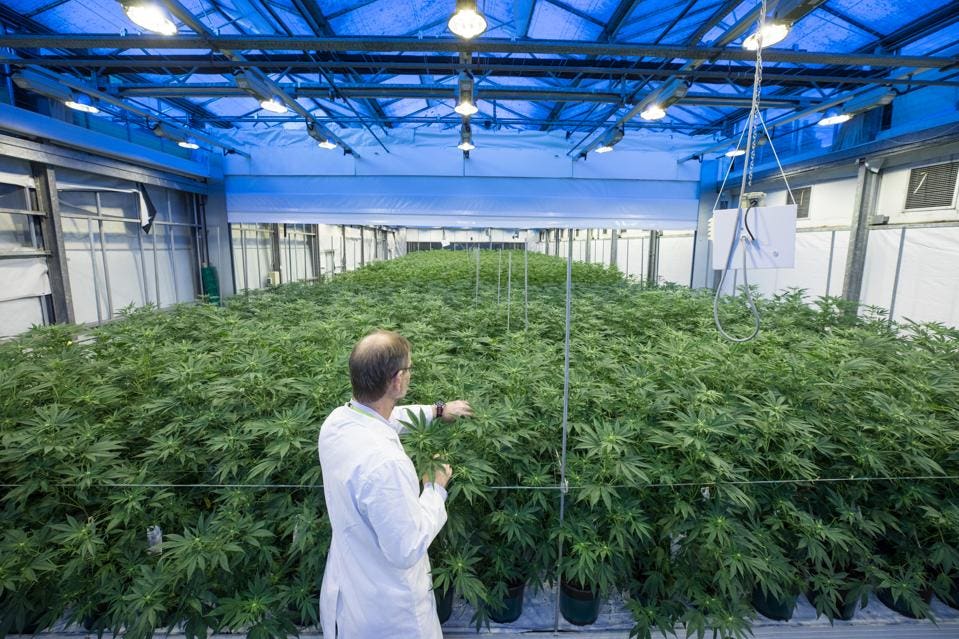 With Mexico moving closer to legalization, the U.S. is increasingly looking out of step with cannabis trends.

This week, Mexico’s Congress is expected to begin deliberating a bill to legalize medical and recreational cannabis use across the country. President-elect Andrés Manuel López Obrador signaled his willingness to consider legalization during the campaign. Then last week, the country’s Supreme Court ruled that anti-cannabis laws are unconstitutional, forcing lawmakers to decide how to regulate its use.

López Obrador and Mexico aren’t alone in the push to decriminalize cannabis. Uruguay and Canada have already made recreational use legal, while 30 countries (and 33 U.S. states), including Australia, Germany and Israel, have legalized some type of cannabis use. Those numbers are growing. A dozen or more countries have started on the path to full legalization of the plant.

Spain and the Netherlands allow recreational use at designated cafes. Jamaica and the Czech Republic have burgeoning cannabis tourism industries, and have acknowledged them by starting to decriminalize medical use and possession of small amounts. After taking office last year, French President Emmanuel Macron followed through on a campaign promise to eliminate mandatory prison sentences for minor cannabis possession. Colombia and Portugal have strong grassroots legalization movements and growing government support. All these countries are often listed on “most likely to legalize next” lists.

Medical use is also growing fast. The U.K. legalized medical cannabis this month. The country joined fellow European Union members Malta, Luxembourg, Greece and Denmark, who this year changed laws to allow medical use and decriminalized some possession and cultivation by citizens. Thailand — which until now has boasted some of the world’s most stringent drug laws — last Friday became the first Asian country to legalize medicinal use of cannabis, while in July, South Korea started the process of legalizingmedical products.

As more and more countries legalize cannabis, the United States is falling further and further behind. The legal cannabis industry is expected to reach $146.4 billion worldwide by the end of 2025. U.S. companies and investors are mostly being locked out of that market because the federal government still classifies cannabis in the same category as heroin, LSD and methamphetamines.

That classification — and its ramifications — mean U.S. companies are losing out on the opportunity to shape the first wave of the global cannabis market. There are nine Canadian companies valued at more than a billion dollars, three of which are each worth more than $13 billion, according to the National Cannabis Industry Association. Not a single U.S. company comes close, despite the fact that the U.S. market is nine times the size of Canada’s.

As long as cannabis remains illegal at the federal level, American companies are unable to compete for, or have access to, the same opportunities as their foreign competitors. Among other things, it’s impossible for them to sign government contracts — here or overseas — or build facilities in other countries to cater to the growing local markets around the world.

As U.S. companies sit on the sidelines, foreign companies are securing global distribution rights, creating supply chains and establishing subsidiaries that entirely bypass the U.S. Thailand, for example, is working to re-create an infrastructure that made it one of the top worldwide exporters of cannabis in the 1980s. However, it is not looking to tap into U.S. know-how around securing investment capital, manufacturing, distribution or R&D.

If and when the federal government does lift restrictions by legalizing cannabis, U.S. companies could be behind the eight ball when it comes to competing against well-established, and well-funded, competitors. By denying access to foreign markets and local investment, the federal government is keeping U.S. cannabis companies unnaturally small and local. At the same time, foreign companies are growing and expanding their reach.

Some foreign companies are using mergers and acquisitions to increase their presence, while others have grown thanks to massive influxes of foreign investment. Still other companies have made moves with more outside-the-box methods.

Khiron Life Sciences, whose main operations are in Colombia, helped sponsor a cannabis conference in Mexico in May that so impressed former Mexican President Vicente Fox that he joined the Khiron board. But as long as cannabis is a Schedule 1 drug at the U.S. federal level, American companies will be unable to attract that sort of global influencer and worldwide exposure.