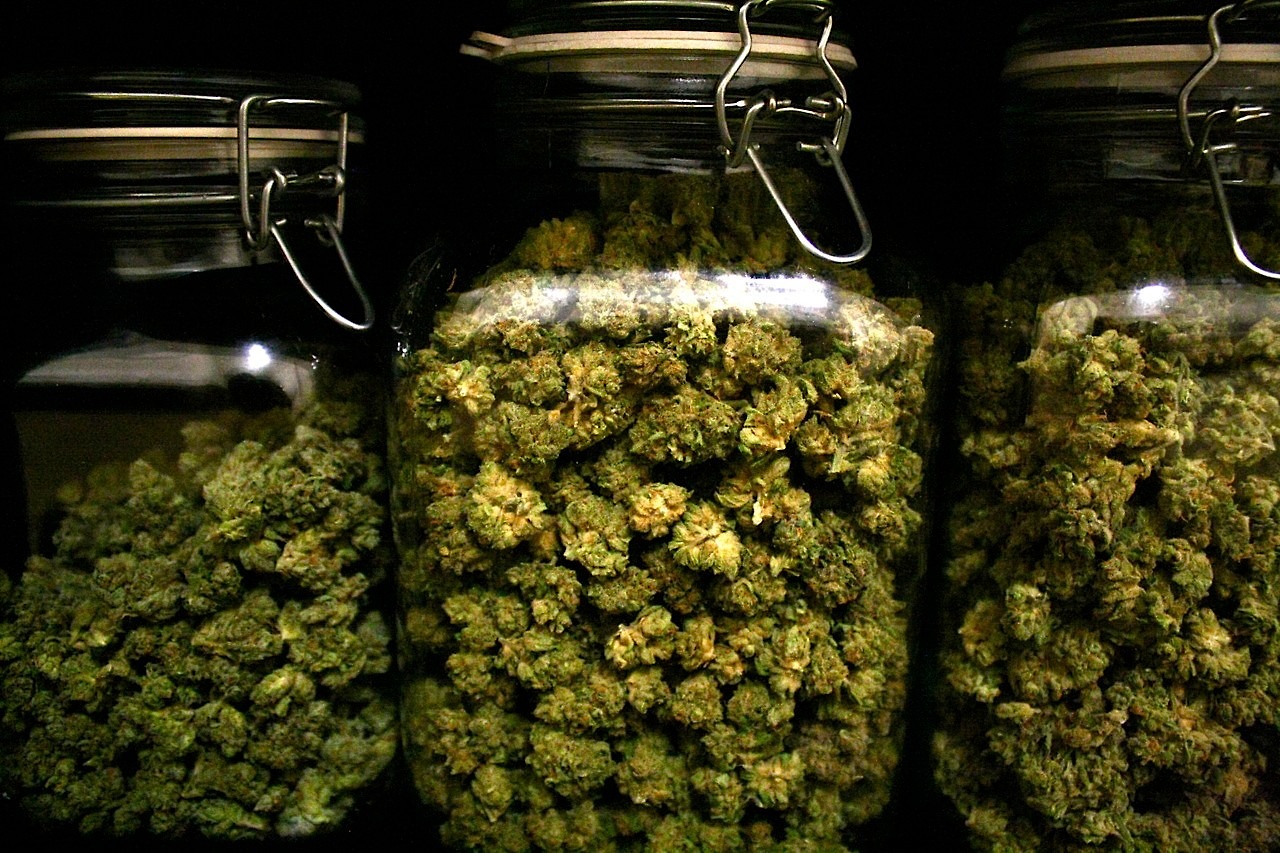 He used the words to explain to his audience that there are health benefits by consuming cannabis orally, versus smoking it, which leads to the high long associated with the drug.
“We are giving people a basic understanding of cannabis and how it reacts with the body in these very gentle scenarios,” Mahy said Saturday. “Everything is gentle, gentle, gentle. We can always give you more.”
Saturday’s class included about a dozen women. All had their own reasons for taking part. Among them were anxiety, stress relief, sleep deprivation, or chronic pain. While some were there looking for solutions for their own ailments, many also had loved ones that they wanted to help.
Mahy explained that he himself discovered the benefits of cannabis after he broke his back in three places in 2000. For years he looked for anything to help control the pain, and it wasn’t until a friend gave him a cannabis tincture that he found something that worked.
“From that point on it has never stopped,” said Mahy. “I got five hours of manageable pain and I hadn’t known that for about seven or eight years. It gave me a real incentive to dig in and learn.”
On Saturday, Mahy taught participants how to make tincture using a simple recipe that combines vegetable glycerin, distilled water and dried cannabis. Mahy, who calls his teachings MEND (Mother Earth’s Natural Design), explained that the tincture can be taken by itself in a spoon, or can be used as a sugar replacement, like in a morning coffee.
He also taught the class participants how to make canna coca oil by combining cannabis with coconut oil, which can be used by either adding it to food – Mahy said he preferred it baked into carrot cake – or used as a topical cream.
Mahy explained that the process retains all the beneficial cannabinoids, including tetrahydrocannabinol (THC) and cannabidiol (CBD). Since he started teaching about the benefits of cannabis, he has passed the message on to thousands.
“I have done this for years because there was truly the need to get the information out,” said Mahy. “Each loving soul has brought a friend to us and said, ‘this is a neighbour or friend and they are suffering.’”
One woman, who declined to give her name, said she would like to create a better understanding of the medicinal benefits of consuming cannabis orally versus its links to paranoia and schizophrenia from smoking it.
“I am a psychiatric nurse so I see a lot of drug use and a lot of schizophrenia,” the woman said.
She also has a relative with Stage 4 cancer that doctors have basically said is untreatable, so she wants to know if there are any alternatives out there.
“He has been given no other alternatives, so that is interesting to me as well,” the woman said. “When somebody says this door is slammed and you only have one thing and that is to die, then I want to come and see what else is out there.”
She said she learned through Mahy’s teaching that one can get the benefit of the cannabinoids without the high.
“I don’t want to spend my life being high, but if there is some other benefit I can get from this without using, say an opiate or something that is extremely addictive, then I would be open to using something like that,” the woman said. “I have chronic back pain myself, I have degenerated discs in my back and it flares up and when it flares up I don’t really have a lot of options. Is this another alternative for me? Maybe.”
Mahy said cannabis has earned a bad reputation, but he believes it is because in the past it has been abused, and “mankind has been known to abuse just about anything.”
Since recreational cannabis was legalized on Oct. 17, Mahy said it has led to a lot more work.
“The demand for information jumped up exponentially at that point,” said Mahy, who had been advertising about his teachings on Facebook since 2013, but until now, people had been reluctant to reach out to him. “I have just been patient with this.”
Mahy said Saturday’s class was his last one on the road. From now on, he plans to teach his class out of an office in Meaford.
“No more Rob on the road,” Mahy said. “Now Rob has got his ass in a desk.”